Now back to normal after the flooding of some ten days, or so ago by enormous downfalls of rain. Which also knocked out all telephone and internet connections to my part of the town !

Looking through one of the arches of the "Pont Vieux" (the Medieval Bridge) towards the other four bridges that cross over into Béziers. The last one being the "Pont Canal" (19th Century Canal Viaduct). 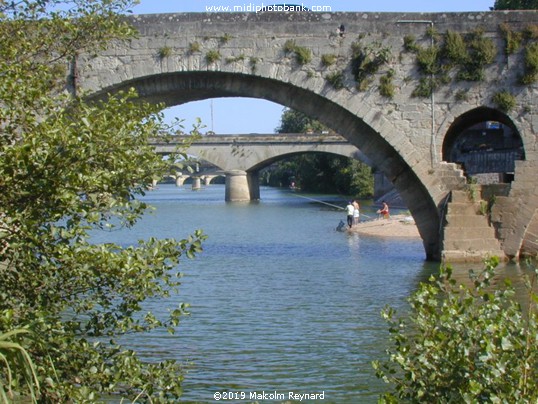 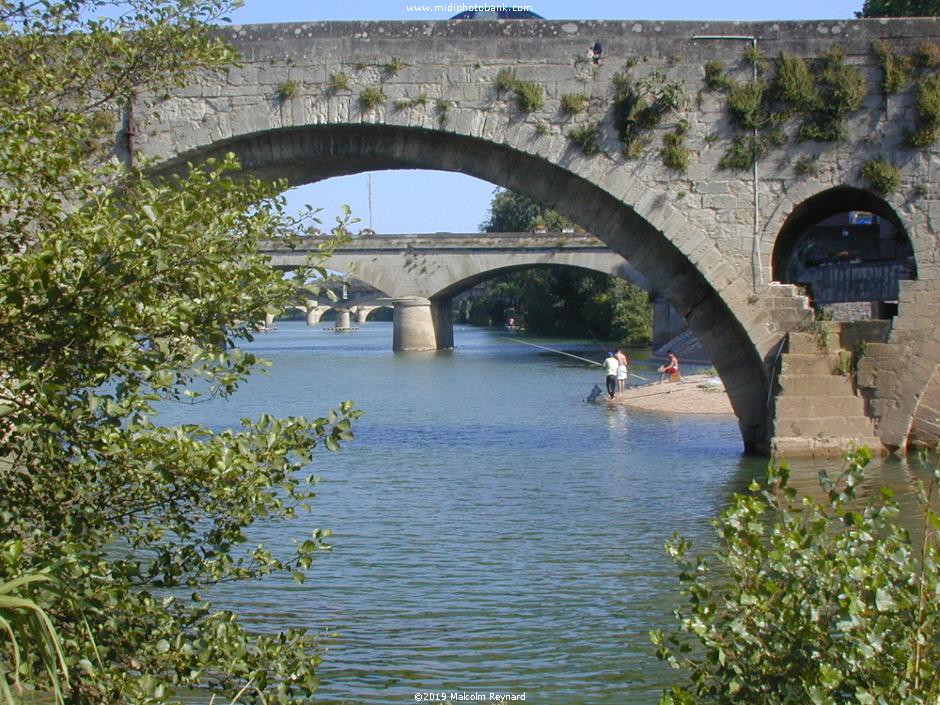